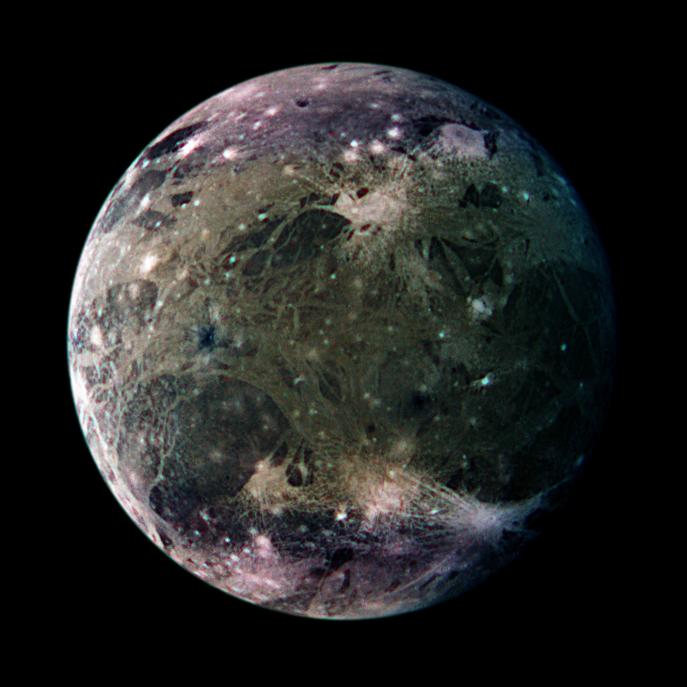 Ganymede is the largest moon of Jupiter. It also happens to be the largest moon in our Solar System. Bigger than planet Mercury actually. It was discovered by Simon Marius in 1610, who named it Ganymede, after Zeus’ cup-bearer. Its diameter is 5,268.2 km and it takes 7 days and 3 hours for it to orbit Jupiter. Ganymede’s distance from Big J is 1.070 million km. Ganymede’s core is iron-rich and liquid, it also has an internal ocean, that, scientists believe contains more water than all of Earth’s oceans. Its surface has dark regions, with impact craters dated to four billion years ago. This covers about a third of the satellite. Lighter regions, crosscut by grooves and ridges and only slightly less ancient, cover the rest. The cause of the light terrain’s disrupted geology is not fully known, but was likely the result of tectonic activity caused by tidal heating. Ganymede has a thin oxygen atmosphere that includes O2.